You are at:Home»News»Mercedes-AMG A35 Pricing & Specs 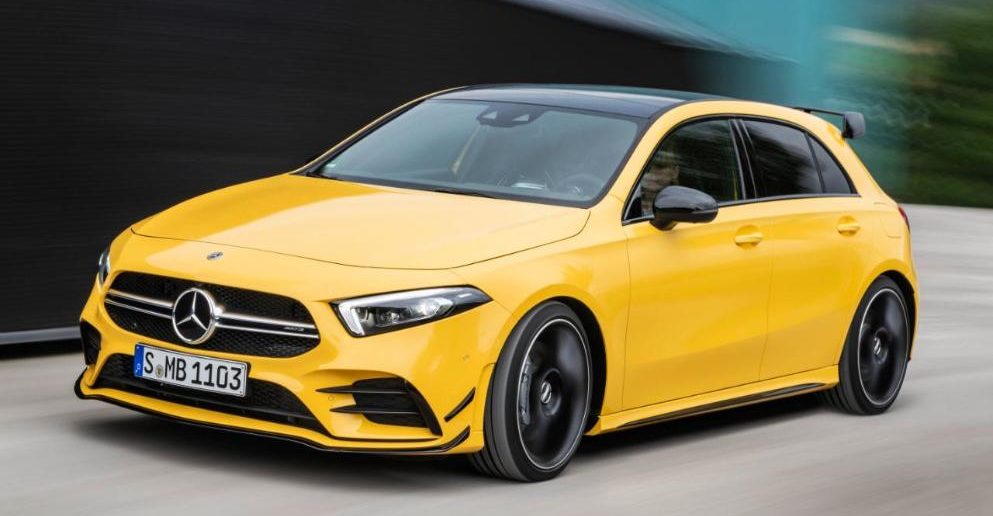 Mercedes-AMG has broadened its presence in the hot hatch market with the new A35 which will come in two form factors: hatch and sedan.

The A35 hatch is due to land in showrooms in September, with the sedan due to arrive shortly after in October. The recently announced A45 is due to arrive almost half a year after the A35, early next year.

This price tag is $10,000 less than the previous generation AMG A45 which is still being sold in dealerships today. However, it is $12,000 more than the Volkswagen Golf R which boasts the same all-wheel-drive form factor and similar power figures.

Both the hatch and the sedan are identical in engine specs, powered by a 2.0-litre four-cylinder turbo petrol engine that puts out 225kW of power and 400Nm of torque, mated with a seven-speed dual clutch transmission.

There is also a $6,990 AMG Edition 1 package. It comes with a more aggressive AMG aerodynamics package, performance seats, multi-spoke 19-inch alloy wheels and improved styling such as Denim Blue paintwork with gold highlights.