The 86 is overall a fun, agile coupe that turns the eyes of many. It is one of the most affordable cars for what you get and something rare nowadays – rear wheel, front engine coupe.

The Toyota GT86 has been one of the best-selling cheap sports cars since its introduction in 2012. Arriving in GT and GTS variants, and now with a Dynamic Performance Pack. The ‘raw driving experience’ is definitely felt when driving this car, particularly being a previous owner of a BRZ myself.

Toyota writes the following in relation to the Dynamic Performance Pack:

This combination – offered previously as part of a limited-edition run of just 60 cars released in June – is now available as an option on all four 86 model variants, GT and GTS grades with six-speed manual or automatic transmissions.

The recommended retail price for the performance kit is $2,200* on the GTS grade and $2,900* for the GT – taking into account the kit’s inclusion of bigger wheels than the standard GT 16-inch alloys.”

The GT86 is powered by a 2.0-litre four-cylinder naturally aspirated petrol engine that puts out 152kW of power and 212Nm of torque.

The 86 is powered by a six-speed automatic or manual transmission. We took out the manual version which seemed smooth and steady except for in the mornings when attempting to engage first gear. It makes a whining noise as you have to push the gear roughly into first.. Now we are unsure if this was a faulty model that Toyota gave us, but I certainly never felt this in the automatic versions I have driven.

Weighing in at under 1200kg, the GT86 is able to throw itself into any corner. 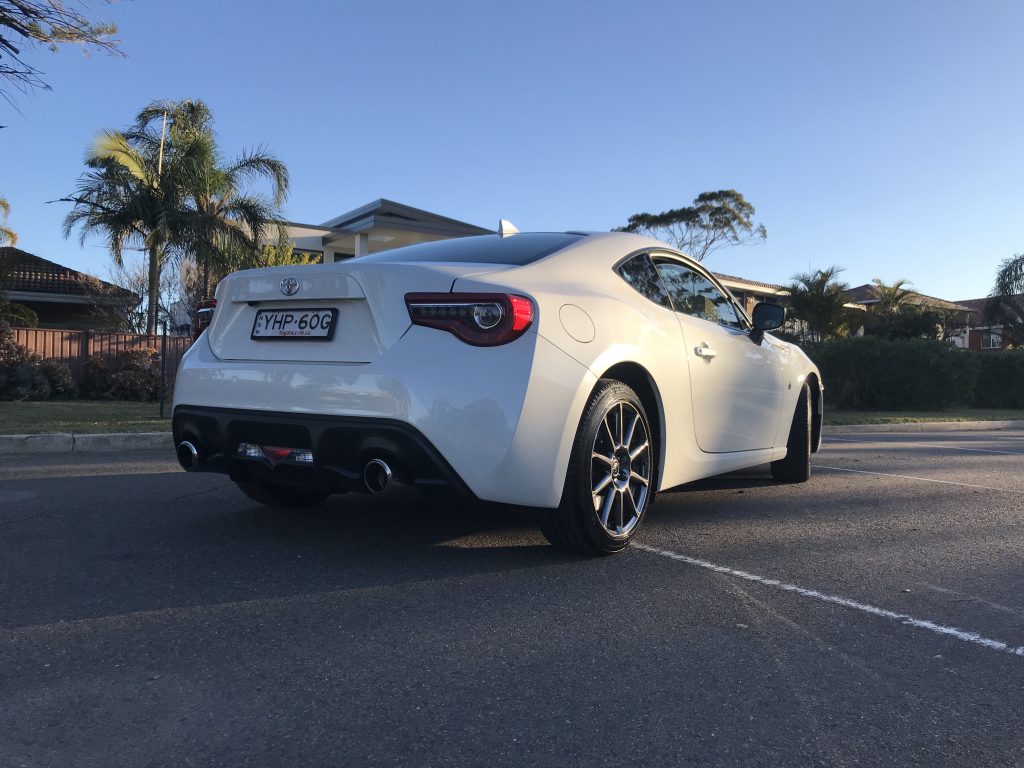 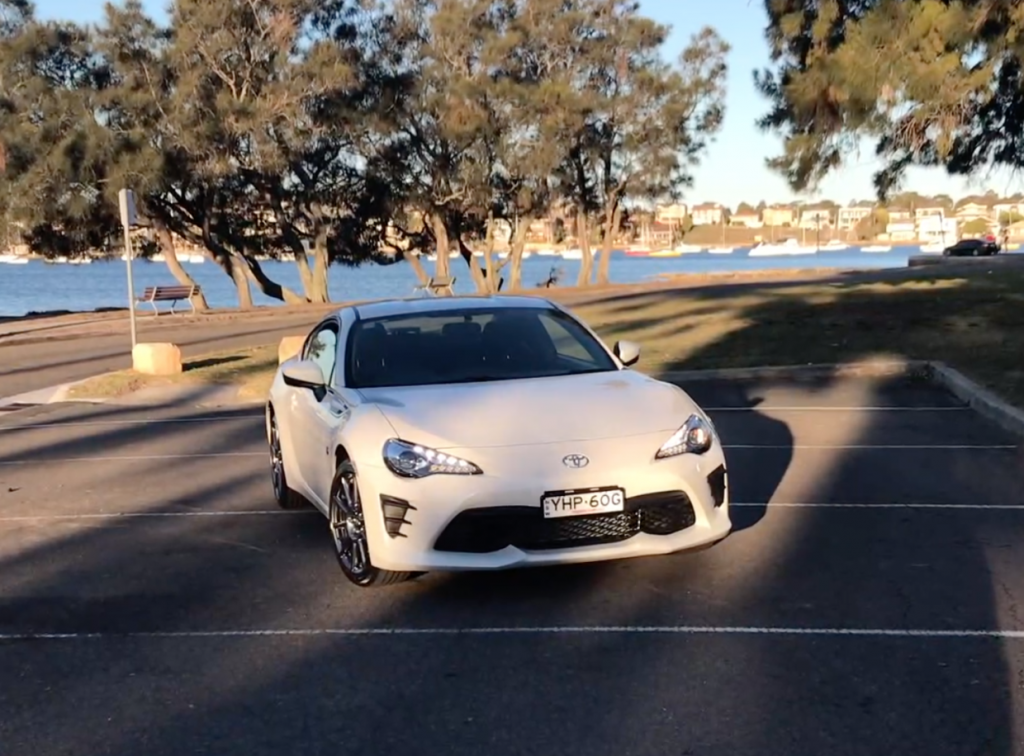 Yes, it is an energetic and fun little car. But as many people reading this will know: it isn’t made for the straight line speed. It’s around the bends where it really shines.

An issue with the GT is that it lacks a “Sport Mode” to tighten up gear changes, increase the throttle response and handling. There is a track mode button which loosens up the ESC, but the GTS gets a Sport Mode button that the GT does not.

That also brings me to the exhaust. It’s, well, okay.. Just okay. A few little pops would make this car much more appealing. The boxer rumble is fed through the driver and passengers feet into the cabin to make it sound slightly better. Which is cool I guess.

Those brembo brakes and dampers in this pack are fantastic! Well worth the investment for those avid track day goers.

The inside is quite dull in the GT form of the 86. There isn’t any red stitching on the seats, no suede and no steering wheel controls. Something minor that really bothered me was how the next/previous buttons on the head unit were on the other side instead of being close to the driver, and better yet, they were placed as up/down instead of left/right. Definitely something that needs changing given that there aren’t any steering wheel controls.

It also lacks CarPlay and Android Auto! Something that should be standard in 2018 – although I do understand that the market for this car potentially isn’t fussed about gadgets like that. 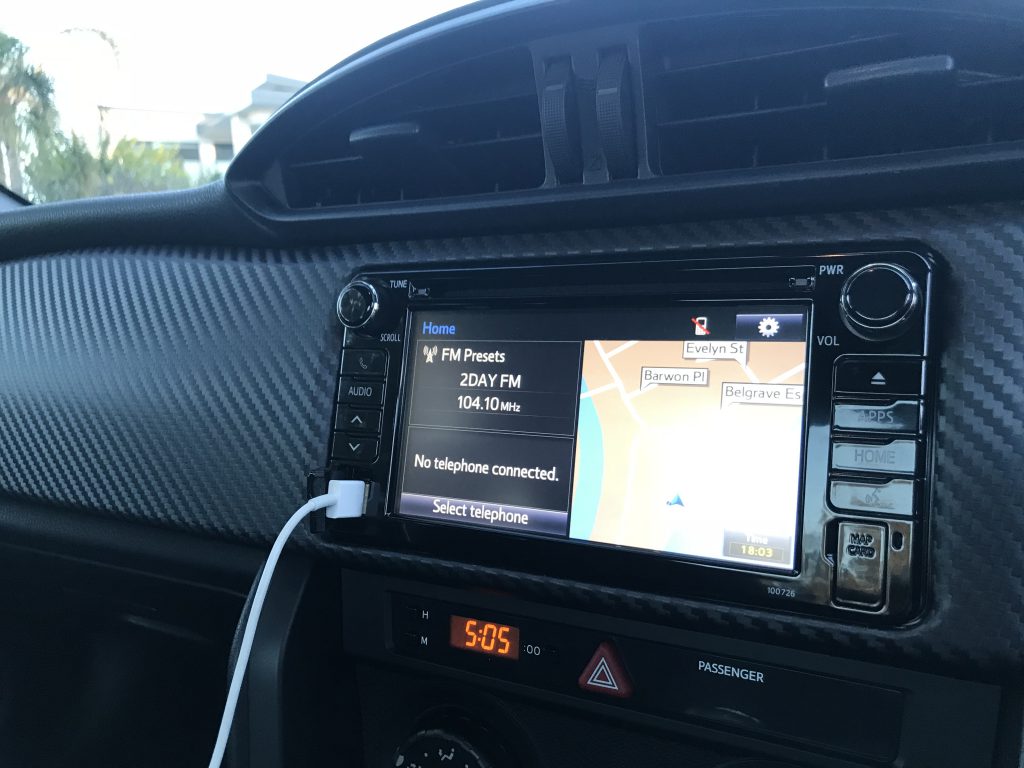 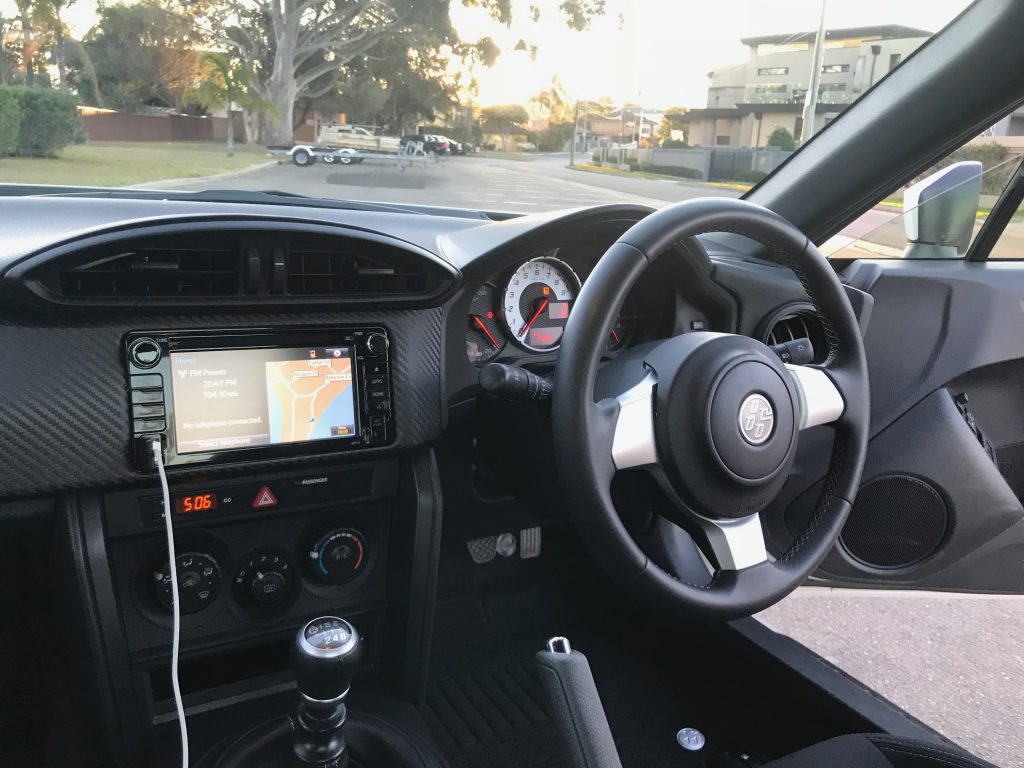 The GT86 does not have an ANCAP safety rating.

However, safety features include: Dual front, side, curtain and driver’s knee airbags, ABS and three-stage ESC.

This car handles like a go kart. Yes, it is a tiny bit bumpy and impractical, but that’s what it’s meant to be! It handles beautifully and feels so tight when steering. The bumpiness you get used to, but it isn’t all that bad.

Its agility is really what makes this thing shine. It’s got the agility of an MX-5 but with a bit more size and practicality with those 2 rear seats and more space generally, as well as more power.

The 86 is overall a fun, agile coupe that turns the eyes of many. The Dynamic Performance added better stopping power and tighter handling – tighter than the 86 was in the first place.

It is one of the most affordable cars for what you get and something rare nowadays – rear wheel, front engine coupe.

We hope with the Supra on its way and potentially an MR2, that the sports car range will only continue to grow – and not only for Toyota.

ALL our videos of the Toyota 86 Dynamic Performance Pack:

All Settings/Modes Head Unit and Dash: