You are at:Home»News»Sebastian Vettel Steals The Australian Grand Prix From Lewis Hamilton 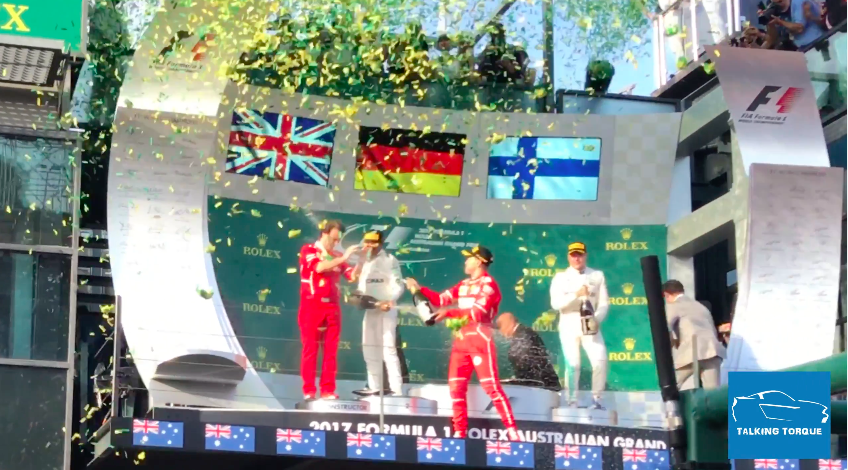 After a gripping weekend (literally) with the new Formula 1 regulations, the intensity was only ramping up as each session went by. New regulations saw faster cornering, more throttle and harder overtaking. With 7 drivers unable to finish the race, it left us wondering whether the new regulations were tough, but after just one race no judgement can be made.

Fighting for first place with Lewis Hamilton, the race began with Lewis maintaining his pole position. Not until an early pit saw Hamilton stuck behind the defensive prowess that is Max Verstappen. Due to tyre degradation, Hamilton had no choice but to pit early. Time spent behind the Red Bull youngster lost Hamilton valuable time which saw Vettel take advantage and come out in front of the three-time World Champion after his pit stop. Vettel held onto his lead and had the Mercedes Champion creeping up on him towards the later end of the race, but the gap was too prominent leaving the Ferrari driver with the #1 trophy.

Not only was this a win for Ferrari, finally a team to compete with the silver arrows, but a win for the plethora of aussie fans supporting the galloping horse. As Ferrari celebrated the team’s big win, the track filled up with red flags in support of the Italian team. The 2017 Grand Prix is under way with a flying start and we can’t wait to see what excitement the season holds for us!