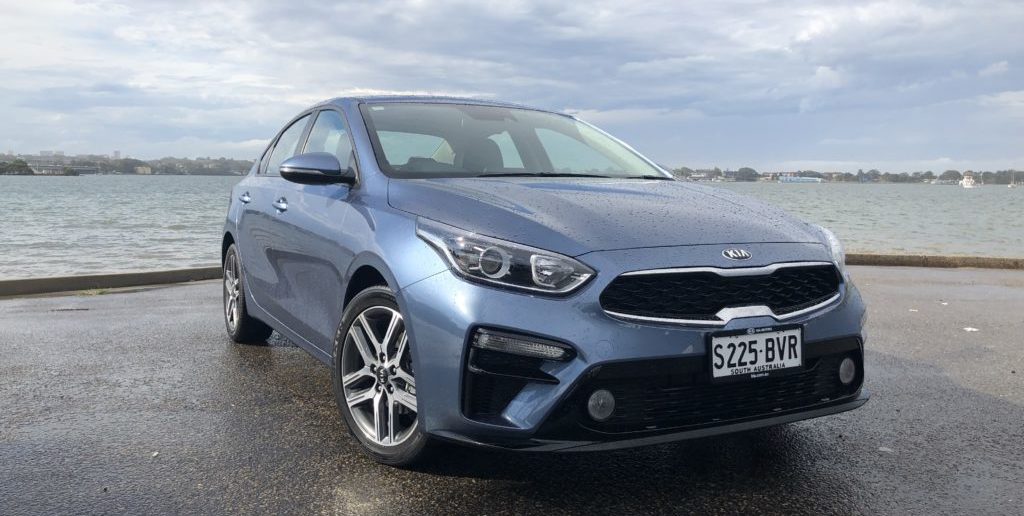 The new Cerato features a completely new look boasting more aggressive styling, with plenty more features and tech. It is a major step up from the previous model although it has the same engine that's lacking that extra bit of punch that a turbo engine would provide.

The new Cerato is powered by a 2.0-litre 4-cylinder petrol engine that is the same as the one from the previous Cerato.

This engine puts out 112kW of power and 192Nm of torque. Perhaps the Elantra with its turbo engine might have been better? Although the current engine is reliable and has stood the test of time.

Performance is as you would expect from a standard Cerato, nothing to wow you, but it pushes hard when it wants to.

The engine revs quite freely due to the lack of turbo, but it could do with a bit more power to help breeze passed left-lane slow coaches.

Kia claims fuel consumption to be 7.4L/100km. Our real life test involved a mixture of urban and highway driving, with more emphasis on urban driving and retuned around 8.5-9.0L/100km.

It does settle considerably on the highway and can drop below 6L/100km.

This model was not the + model which receives extra tech and leather seats and so forth, but it was still quite decent.

The dash, features circular air vents at each end and an 8.0-inch multimedia touchscreen in the centre. Unlike some cars in this class and price bracket, the multimedia system features a reversing camera, DAB, Bluetooth, sat-nav with live traffic updates, Apple CarPlay and Android Auto. Many have smaller screens, or don’t have nav or digital radio, or lack CarPlay – the Cerato has it all.

The screen takes over the entire cabin, but it’s smooth, responsive, with great resolution and very easy to use. It’s miles ahead of the old car and should continue to feel crisp in the next few years of its model life.

The new Cerato has six airbags that have been ‘depowered’ for a more controlled deployment, AEB, front and rear sensors, a rear camera and more included as standard.

A second pack will add blind spot detection and rear cross traffic alert to the Sport+ for $500; it already carries all of the other features.

It rides comfortably and smoothly and takes potholes quite well. The wheels are 225mm wide meaning a lot of grip and perhaps one of the widest tire compounds on a car of its type.

The seven year/unlimited km warranty is remarkable, along with a seven year roadside service offer and a seven year capped-price servicing schedule (up to 70,000km). The warranty can also be transferred to the next owner.

Servicing is recommended at 12-month or 10,000km intervals, and seven years of servicing will cost $2447, according to Kia – so you won’t have to worry about knowing the oil type.

The Cerato Sport Sedan is a major improvement on the previous model in tech, ride and overall feel. We wish it received an upgraded turbo engine, but it’s still a great car for what you’re getting with the best local warranty.

ALL our videos of the Kia Cerato Sport Sedan: