You are at:Home»News»Mazda MX-5 RF Hardtop Finally in Production 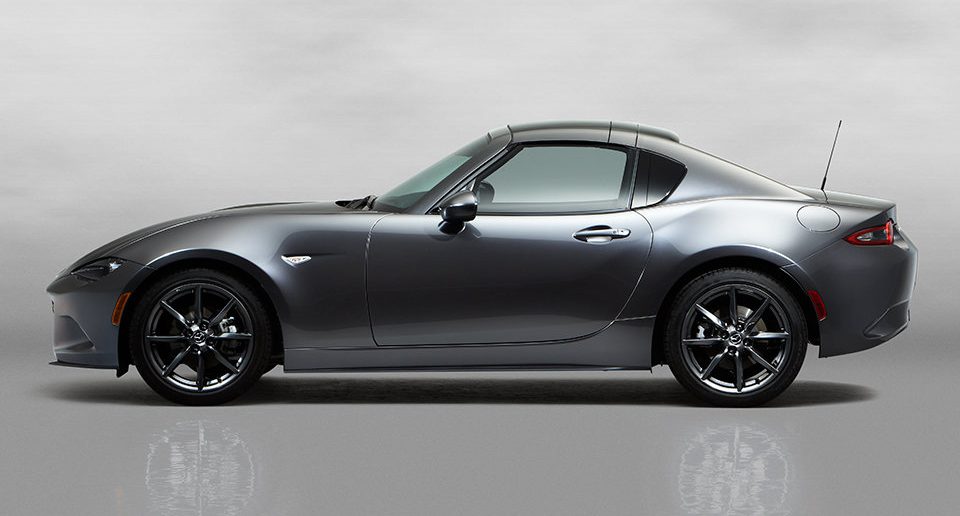 By Talking Torque on October 13, 2016 0 Comments
The long awaited Mazda MX-5 takes the production line in mass figures as we expect sales to begin as early as this year. Japan will be the first market to receive the new MX-5, followed by American, European and Australian markets by February/March 2017. The ‘retractable fastback’ (RF) will allow the roof to be taken down or put back up at speeds of 10KM/H or less. Impressive work from Mazda by making boot space the same as the soft top when the roof is down.
The new MX-5 RF will come with an enhanced audio-visual system and touch screen for the centre console. The RF will only be available with the 2.0 litre 118kW/200Nm engine variant, but this has been the preferred variant to new buyers. Despite an expected markup of up to $5500 for the RF, MX-5 sales have more than doubled in 2016 and we presume this statistic will only improve in Mazda’s favour once the RF is introduced.
Mazda MX-5
Share. Twitter Facebook Google+ Pinterest LinkedIn Tumblr Email
Previous ArticleHonda Unveils Type R Prototype at Paris Motor Show
Next Article 2017 BMW 5 Series Officially Revealed