You are at:Home»News»2017 Mercedes-AMG CLA45 Review 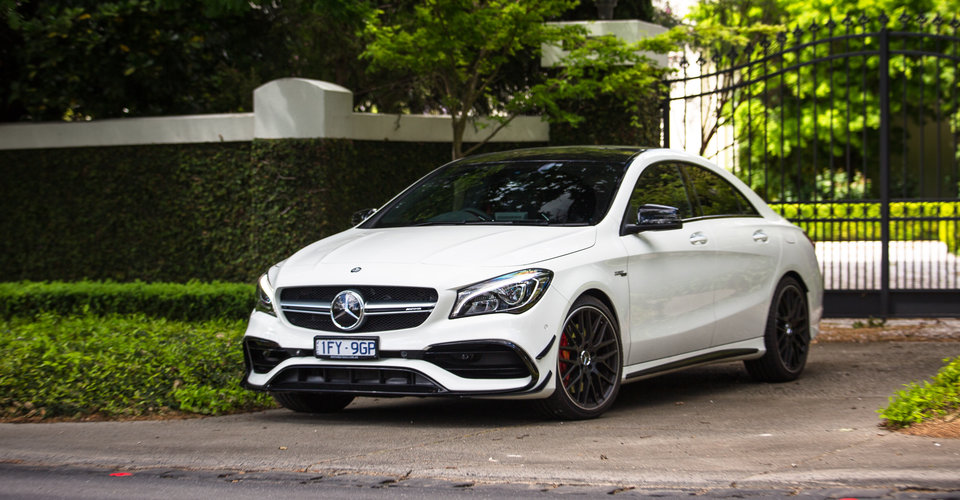 With a starting price of $92,215 (excluding on-road costs), the Mercedes-AMG CLA45 is definitely not cheap, but what you’ll get is a car that boasts the infamous grunt, power and mongrel of the AMG label.

Inside the car, you will instantly spot Recaro race seats that holds the driver and front passenger comfortably in their seats. While it may seem like a four-door vehicle, the back seats are incredibly tight, particularly for those family and friends on the taller end of the spectrum.

With brushed aluminium buttons, the infotainment system certainly looks neat along with its 8-inch colour LCD display. Just like many other infotainment systems, the CLA45 is also compatible with Apple CarPlay and Android Auto. There is also an LCD display between the tachometer and the speedometer and a 12 speaker sound system thanks to Harman Kardon.

The heart of the CLA45 is the 2.0-litre four-cylinder turbocharged engine that produces an astonishing 280kW of power.. From a four-cylinder! And 475Nm of torque! The CLA45 is run by a seven-speed automatic gearbox and Mercedes’ 4MATIC all-wheel-drive system, although power is primarily sent to the front unless needed. Such as when launch control is activated.

It can get a bit bumpy around town with those 19-inch alloys, however ride comfort is bearable. There is also the option for Sport, Sport+ and Race mode if you are game enough. The design of the CLA45 gives it an edge over those not wanting a hatch such as the A45 or the Audi RS3. Needless to say, the CLA45 is one of a kind thanks to its unique design and never fails to turn heads.