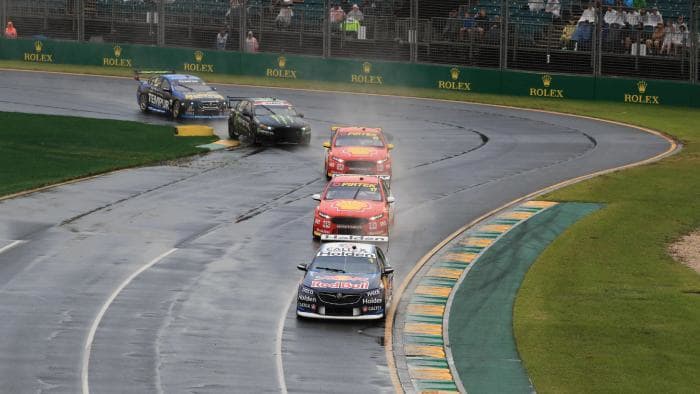 The victory extends his career tally to 109 race wins, the Red Bull Holden pilot leaving his rivals behind in the wettest of conditions at Albert Park.