You are at:Home»Motorsport»F1»F1 Weekly Roundup: Verstappen on Bottas, Driver Line-Ups 2019 and more 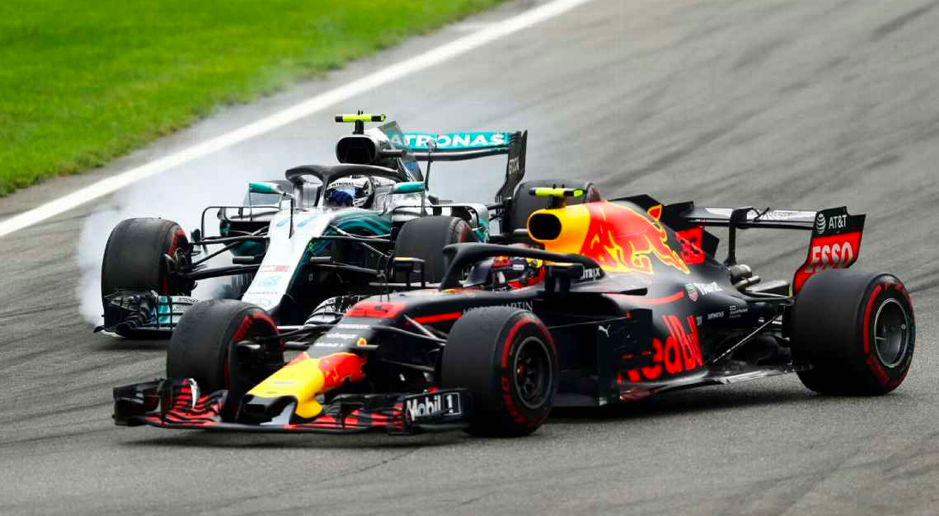 Monza nearly saw Kimi Raikkonen take a stunning P1, before his hoped were whisked away by blistering tyres which saw Lewis Hamilton, arguably the less favourite of the weekend, strengthen his grip on the WDC. Drivers have been moving around teams, rumours have been flying, and there’s a lot to sink our teeth into this week. Here’s the latest:

• Verstappen Critiques Bottas’ Performance
Max Verstappen has come out with a harsh critique of Valtteri Bottas, stating the Finnish driver could not overtake him in a scenario where Hamilton or Vettel could. Bottas has been criticised of this in the past, arguably unfairly, as his comparisons were to that of Daniel Ricciardo, one of the best overtakers on the grid.

• McLaren’s Reason for Turning Down Ocon
McLaren have elected Carlos Sainz for the 2019 season to partner with the incoming Lando Norris from F2, however such choice has left many frustrated as Estaban Ocon is still yet to secure a drive in 2019, much to the dismay of many as he is regarded as a top-calibre talent.

• Driver Line-ups Confirmed for 2019
The 2019 season is shaping up to be as interesting as we’d hoped, with a host of changes to the current grid, partially triggered by Daniel Ricciardo moving to Renault. Recently McLaren confirmed that Lando Norris will Partner Sainz in 2019, meaning Vandoorne is set to part ways with F1 for the time being. Many speculate that Leclerc’s contractual obligations which were signed by Marchionne before his untimely passing will need to be honoured, likely forcing Raikkonen out of Ferrari sooner than anticipated. Sauber are set to go ahead with a mix of experience and youth as Ericsson will partner with Giovinazzi, and Force India have locked in Perez and Stroll. Haas, for the time being, are sticking with Magnussen and Grosjean. Toro Rosso and Williams still have seats remaining, and drivers such as Estaban Ocon and Stoffel Vandoorne will be hoping they can secure a drive sooner or later, otherwise they may not have a drive at all in 2019.