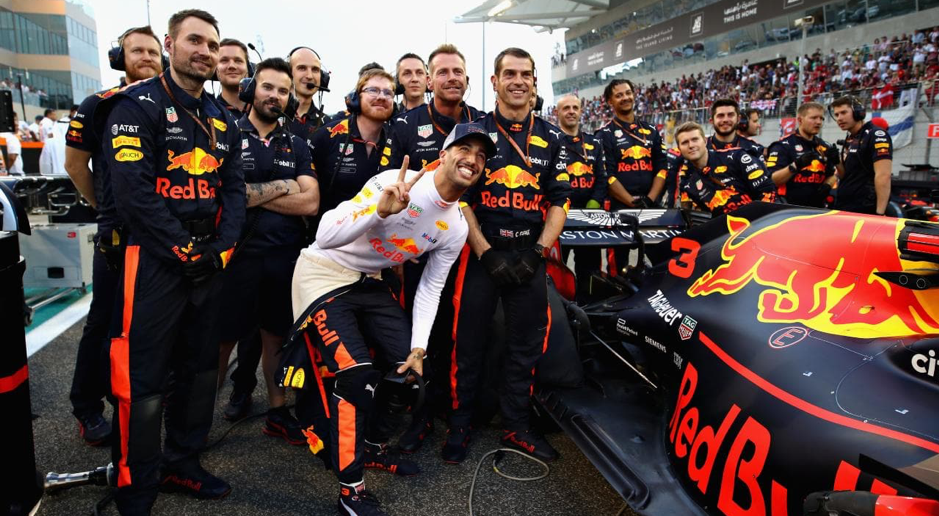 The glitz and glamour of Abu Dhabi come to a close and we reluctantly must bid F1 farewell for the foreseeable future. The final stamp on this season was a fitting one as Hamilton sealed a historic season for himself and Mercedes with a comprehensive victory ahead of Sebastian Vettel in second place. Verstappen wraps up the podium in third place after a late surge by Ricciardo to give Red Bull one last parting gift. There’s a lot to debrief in this last F1 Weekly Roundup for the season, so let’s get stuck in:

• Alonso Parts with F1:
Fernando Alonso says goodbye to F1 following his last race in Abu Dhabi in 2018. The Superstar Spaniard leaves a mark on F1 that will seldom be replicated by those following in his footsteps. Nando leaves in search of the fabled Triple Crown as he joins Indycar in 2019 in a bid to win the Indianapolis 500. The now-former McLaren driver has not ruled out a return to F1, and one must postulate his return will be highly contingent on his success attaining the Triple Crown.

• Hulkenberg In Good Health After Horror Crash:
Nico Hulkenberg had an Abu Dhabi race to forget after taking flight following contact with the wheel of Romain Grosjean. Hulk launched in the air before landing upside down in the barrier amidst a flaming Renault. Marshals were unable to extract Hulkenberg for several minutes, however the German thankfully walked away from the crash unharmed.

• Daniel Ricciardo Completes Final Race in Red Bull:
Daniel Ricciardo sealed his tenure with Red Bull with an Abu Dhabi P4 finish. The Aussie looked like he had a fair shot at stealing the race in his own trademark style, however his charge simmered down in the final few laps. Ricciardo follows in the footsteps of those such as Sebastian Vettel, looking for a new challenge as his lead position in Red Bull was put in question following the arrival of Verstappen. Ricci shared a sentimental exchange with his race engineer following the result, and we will keep a close eye on him as we set our sights on F1 2019.

That wraps it up for the final F1 Weekly Roundup of 2018! We hope you enjoyed the ride on this roller coaster of a season, and we look forward to seeing you all again in Melbourne, Australia 2019!