You are at:Home»Motorsport»F1»Bottas takes the Australian Grand Prix 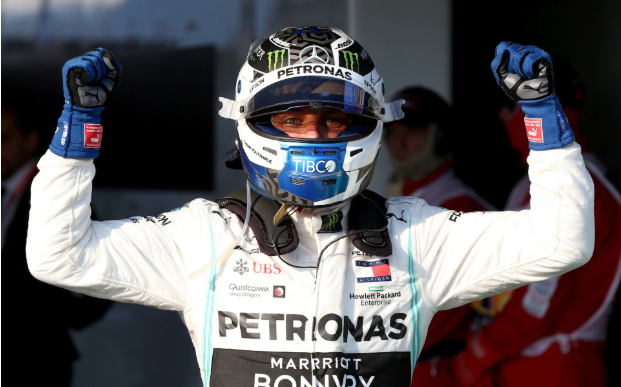 The first race of Formula 1 in 2019 is done and dusted, and Valtteri Bottas has stamped his authority at the top of the ladder with a dominant performance in the Silver Arrow. There was drama all over the track, so let’s get straight to it:

• Valtteri Bottas Wins
Valtteri Bottas has made first move in the WDC with a thumping win in Melbourne. The Finn got off to a flying start, overtaking teammate Lewis Hamilton before Turn 1, and never looked back. At one point, Bottas was approximately 25 seconds ahead of Bottas – such a lead that Bottas considered putting fresh tyres on before the end of the race to secure the additional point earnt from the fastest lap of the race. Bottas’ ecstatic reaction after the race shows just how much this win means to him after team orders prevented any P1 finishes in the second half of last season.

• Daniel Ricciardo Retires in Home Race
Daniel Ricciardo suffered the worst possible start before Turn 1 on the first lap as he lost his front wing after being pressured onto the grass at race start. Ricciardo was forced to pit in the first lap and was never able to recover afterwards. The decision was made halfway through the race as Ricciardo was unable to recover position. It’s been a horror start for Renault in 2019, and they will be looking to respond in Bahrain.

• Ferrari Fail to Impress
Sebastian Vettel and Charles Leclerc were in a race of their own as Ferrari failed to match the pace of either Mercedes or Max Verstappen. Sebastian Vettel’s was position was challenged by Charles Leclerc towards the end of the race, however the four time world champion finished just under a second behind race winner Bottas. A dejected Vettel was unable to get an answer from his team during the race when he asked why they were “so slow”. Ferrari has been caught out at the start of 2019, and look to be overtaken by a Honda-powered Red Bull.

That’s all from us in Melbourne, we’ll see you in another 2 weeks for Bahrain!