You are at:Home»News»Hyundai Kona N revealed – quicker than i30 N 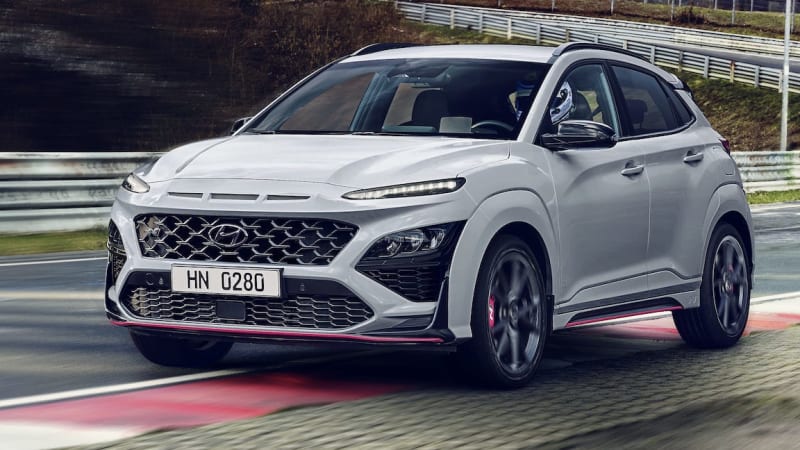 The Hyundai Kona N is now the third N model by Hyundai and is due to be released by the end of 2021 alongside the new i20 N.

Pricing is yet to be released, but we expect the Hyundai Kona N to cost around the $50,000 mark. For comparison, the i30 N currently starts at around $43,000 driveaway, or add another $2500 for the new twin-clutch auto. 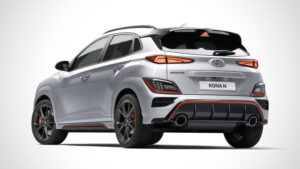 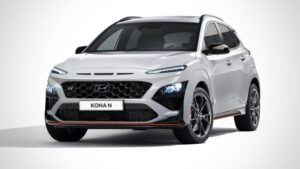 Hyundai confirmed that the 2021 Kona N will have the same turbocharged 2.0-litre four-cylinder engine as the i30 N hot hatch on which it is based, with an output of 206kW/392Nm in normal mode – and a boost to 213kW for 20 seconds in “grin mode”, yep grin mode, love it Hyundai.

The Hyundai Kona N is expected to hit 0-100kmh in just 5.5 seconds with launch control active, quicker than the 5.9-second time that the i30 N achieves (slower time by the current i30 N as it is manual only, until the auto is released).

“The final aero was tuned on the Nordschleife rather than a wind tunnel. At Schwedenkreuz [corner], you need to trust the aero balance, arriving at speed”, says Hyundai’s R&D boss Albert Biermann. 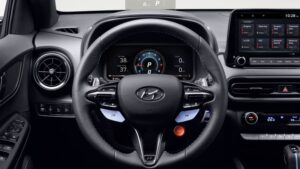 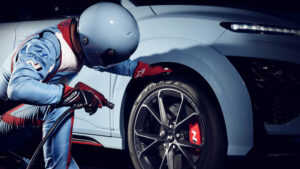 The Hyundai Kona N is also reported to have beaten the i30 N around Wakefield Park when testing, with a top speed of 240kmh. The gearbox features transmission control software that includes modes such as N Grin Shift (NGS), N Power Shift (NPS) and N Track Sense Shift (NTS).

Stay tuned for the release of the new Hyundai Kona N!